I have a fresh install of CE 2.1.3 with the lumo sample data...I am wanting to start modifying changing logos colors etc...

My issue is when I goto CONTENT > DESIGN > CONFIGURATION...in admin section

Is there something wrong with the install or have I missed some previous step for this to be available? 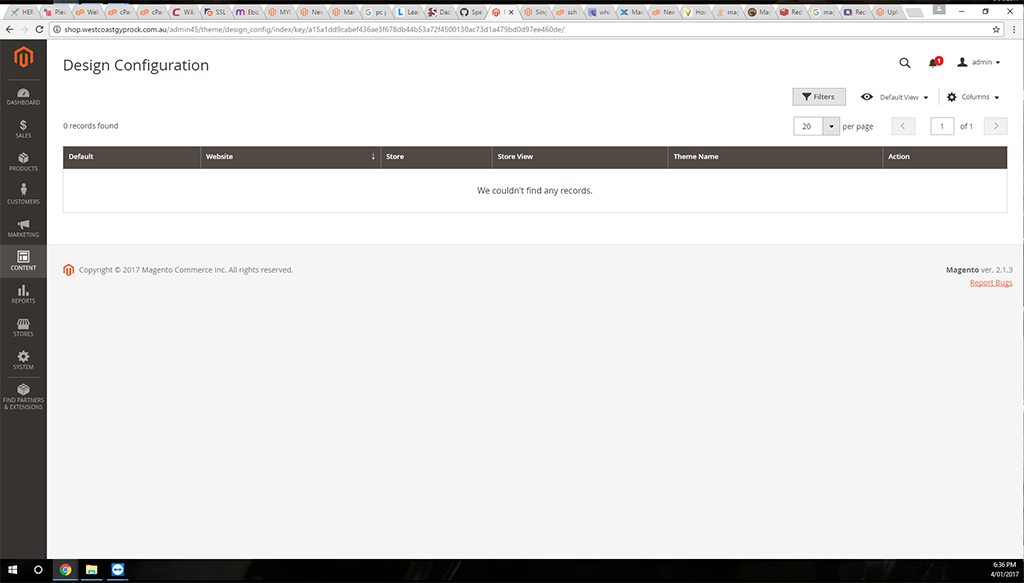 Since this has been posted several weeks ago, I would like to know if you were able to find the solution.

I also asked the same question on the magento stackexchange site this sql query made it possible to have a  record to edit,

I am assuming there is some problem with the softalicous installer perhaps which may have caused it to not setup properly.

While I could switch between the themes, it is like the system was locked to the default unmodified themes.