During the month of March, we ran our first distributed contribution day, and we saw some new faces at the top of our contributors’ leader board. We also continued to make great progress with all our GitHub repositories thanks, to the community’s help.

During the month of March, we made the following progress on pull requests and issues:

For the month of March, our top 5 individual contributors included some new faces. We would like to thank Sergey, Jonathan, Alexander, Yogesh and Pieter for their hard work this month.

And the top 5 partner contributors have been:

During the month of March, we merged 342 pull requests across our repositories. There are a couple of pull requests we’d like to highlight.

First, Paavo Pokkinen provided a pull request to our 2.2-develop branch that will stop cron tasks that are already being run from running again (https://github.com/magento/magento2/pull/12497).

The second pull request we would like to highlight was from Graham Whartan and again was provided to our 2.2-develop branch. This pull request adds a configuration option to the UPS module to allow the shop owner to configure if the rate value should include or exclude tax (https://github.com/magento/magento2/pull/11707).

On the 2nd of March, Wagento hosted a contribution day in Mexico City as part of the MageTitans event. That day we had 30 participants, who created 3 pull requests and fixed 5 issues from the Bug Challenge.

During this event, Tadeo Barranco provided a pull request to fix a problem with the Canadian zip code validation (https://github.com/magento/magento2/pull/13930). He has been working with Magento for the last 5 years, but this was his first pull request. He also spoke about Open Source during the MageTitans event. 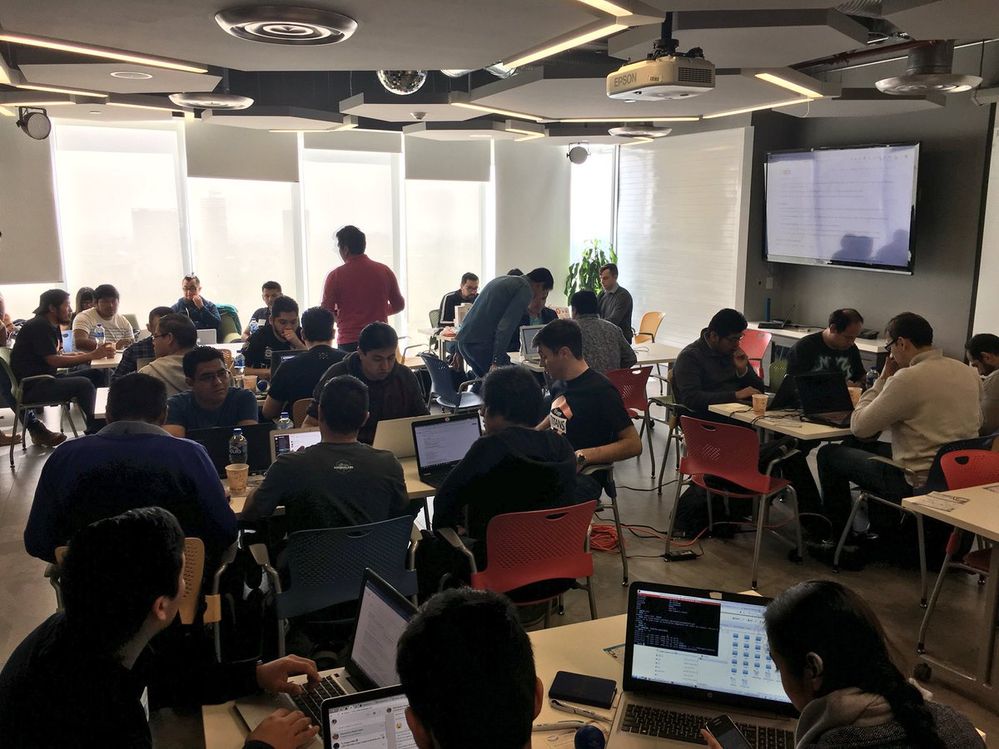 On the 24th of March, we hosted our first ever distributed contribution day. As Magento is a truly global community, we set up venues around the globe for attendees to contribute from, and we also had the option of remote contribution. We had venues in Poland, Slovakia, Ukraine, Spain, Argentina, the United Kingdom, Australia, and the Netherlands. We finished the day with 50 pull requests to the main repository, 17 to the MSI project, 7 to php7.2 support, and 6 to the functional testing framework.

We had the following feedback from a few of our location hosts.

"In Buenos Aires, the local Magento User Group http://mugar.io/ organized the first meetup to get to know each other and to contribute back to Magento 2 in SemExpert's office.
After a slow start, Betina from ebizmart submitted the first PR https://github.com/magento/magento2/pull/14345 of the day and then others followed. The work was mostly around the new PHP 7.2 project and the Magento 2 repo.
A lot of new faces joined the user group eager to learn and make new friends.
Once all the coding was done, we had a great time with pizza and beer and a huge desire to do this again soon." 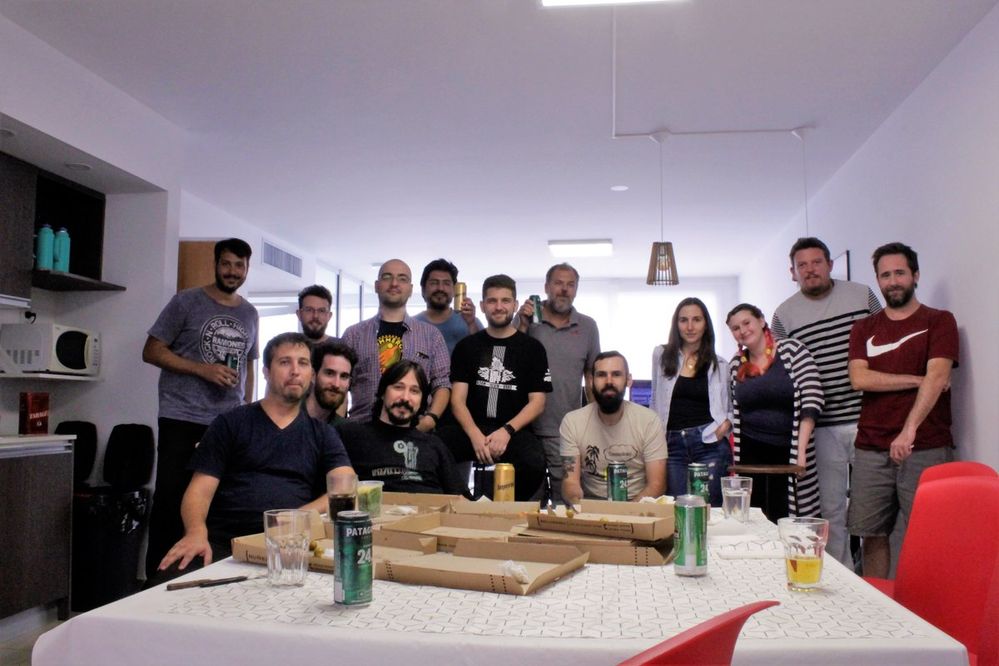 "Here at JH in the UK we split into groups focusing on security, bugs and PHP 7.2 compatibility. We had a great turnout at JH with 14 attendees varying from veteran contributors to developers getting their hands on Magento 2 for the first time. One of the highlights was one of our recent graduate developers making their first ever contribution to open source. The overall day was extremely positive and certainly created future regular contributors." 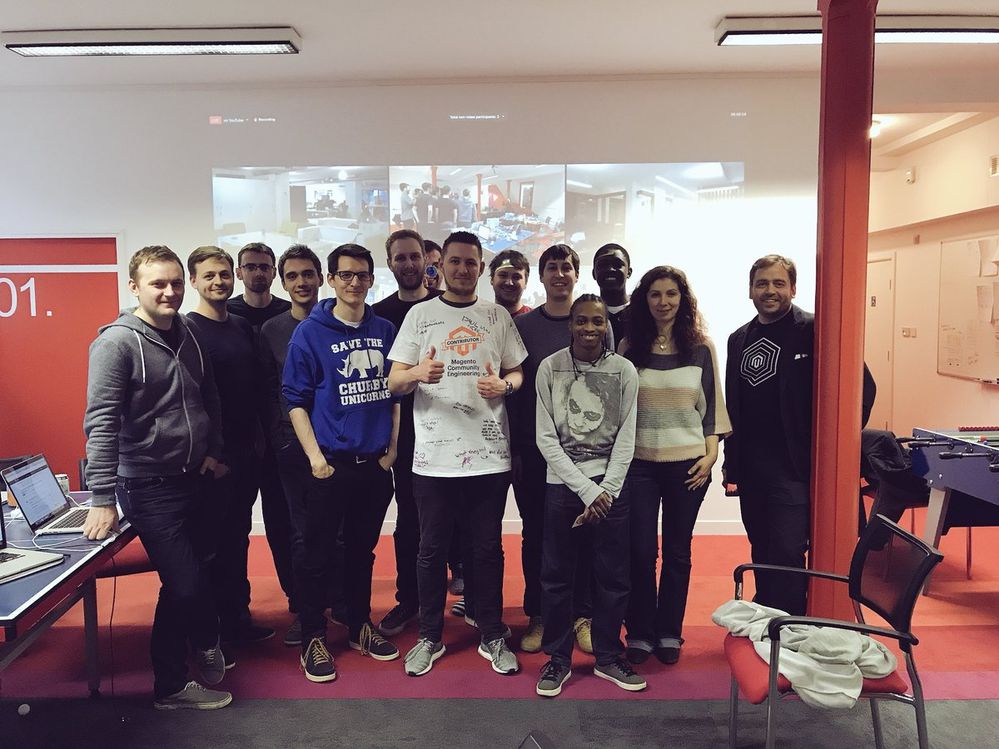 For the month of April, we would like to highlight the Imagine Hackathon. It is held on the 21st and 22nd of April in Las Vegas (https://www.eventbrite.com/e/6th-pre-imagine-magehackathon-2018-las-vegas-tickets-43984281169). This event offers a fantastic opportunity to get started with or continue with contribution towards Magento 2.

March was also marked by another milestone for the Community Engineering team, the release of the Asynchronous Bulk API. This project was proposed, designed and built from scratch by the community, with participation of two Solution Partners: comwrap and Balance Internet. It provides the ability to invoke Magento Web APIs asynchronously and aggregate multiple entities in one request. You can read more about this project in this blog post from comwrap. Overall, this project took 3 months to complete and will be released as a part of Magento 2.3. The phase 2 of the project will be started in April and includes a backlog of additional features.

How to get involved

As always, if you are interested in finding out more about contributing to Magento we recommend getting involved in the community engineering Slack channel (email requests to join to engcom@magento.com). We also have a wide selection of projects currently running. If you are interested in participating in one of these projects take a look at the project overview page and let us know.