Hey Everyone!  I'm David!  You can generally find me on Twitter

An interesting fact about me is that I live in a tiny house.  Yes, like the ones they show on those TV shows where people get rid of all their crap and live in less than 200 square feet.  That's what my wife and I did!  Here's a pic: 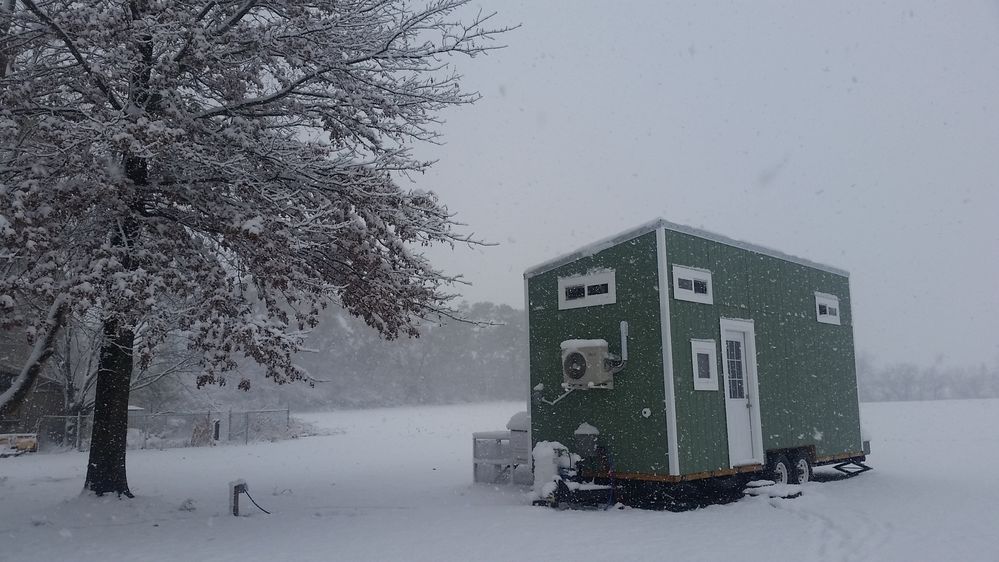 I designed the house in Sketchup, and over a summer we constructed it.

I've floated around in various IT roles over the last 10 years, and in most recent months, I've poured myself into coding; specifically PHP.

I started using Magento when 1.8.1.0 was released.  At that time, I was working at a small filmmaking equipment company as the network administrator and a member of the sales team.  We were frustrated with our current e-commerce provider (Volusion) and I found Magento as an alternative option.  Over the course of a year, I bought a ton of extensions and got us up and running on Magento Community Edition 1.9!  That store still runs today, and I'll be migrating it to Magento2 this year.

My current job is at ETE REMAN, a transmission remanufacturing company that sells B2B.  I had the task of rebuilding a web catalog site that customers could use to find the right parts for their vehicles.  Only this time, I didn't want to rely solely on purchased extensions.  I wanted to actually be able to build functionality on my own.  So I set out to completely learn not only PHP from the ground up but also M2 module development.  In 6 months, with the help of some hired out development work, and some carefully selected extensions, we were able to launch the brand new site hosted in AWS, and the response has been amazing!  I even won an award!  yay!

My goal this year is to become a Magento Certified Developer so I can continue to fill the gaps in my knowledge.  I'd also like to work on some community module projects and maybe even one day have the skills to contribute to the Magento code base!

Hi @dstillson! I think you're the first person I've met that lives in a tiny house. Serious question, does that pose any problems with internet access?

Well, I live in a very rural area, so my only options for internet were 5MB DSL, HughesNet, or Wireless Point-to-Point access with antennas.

I have the latter option... which is susceptible to solar flares and inclement weather.  So most often, I drive into town and dwell at my local co-working space!  (Which is on a major fiber backbone, so SUPER FAST!)

At home, one device can stream netflix at a time, lol.  The struggle is real..  but at least I can SSH into servers if I have to.

SSH and Netflix, what more do you need?

Very interesting! Thanks for sharing your story.

I admire the fact that you designed your own house, great for you!

If you need help or feedback in your Magento career, just let me know!

Massive kudos for clearing down enough to fit in there. And 2 of you!

I am just imagining that your code must be super lean and tidy :-)